This is a very controversial topic. Many people say that you should be open about your ideas while many people try very hard to protect their business ideas as much as possible.


As it sometimes happens in such situations, the truth is probably somewhere in between. In this article I will examine a few perspectives on the topics of whether it is prudent to protect your business ideas, and let you decide what is ultimately the right choice for you to do with your ideas.

If you have not yet settled on an idea, or aren't 100% sure that you want to stick with a current business idea you are evaluating, check out this article on how to get business ideas.

An NDA is a legal document binding whoever signs it to not disclose to others what you disclose to them while telling them about your company. NDA agreements are effective to a point, but they also have a number of loopholes and ways to side-step the agreement.

Essentially, they do offer a thin layer of protection. But they do have a downside. Making people sign NDA documents can irritate people. It also costs time and money to craft the document. You can be using that time and money to actually build your business. Another disadvantage of NDA documents is that many people simply refuse to sign them. Many investors, for example, never sign NDA documents simply because they see too many companies and cannot put themselves under such restrictions due to the needs of their work. And lastly, to enforce your NDA agreement, you actually have to litigate, which is not a very simple thing to do. 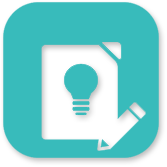 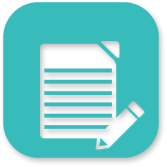 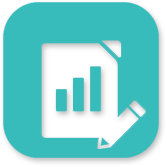 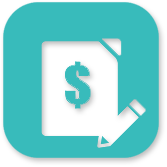 This is an underestimated and rarely discussed point, but it is incredibly important to work with people whom you can trust. That can make many things about your company much less riskier from the beginning and as you grow the company. No lawyer can craft you a document long enough to protect you from every possible danger. But surrounding yourself with trustworthy and ethical people will go a long way to not needing such legal protection in the first place.

What If You Do Not Protect Your Idea?

Consider what happens if you do not protect your idea at all. Everyone will be free to steal is. Let's consider who actually will go ahead and steal it. First of all, not everyone will like the idea as much as you do. Second, people are busy with their own projects and do not usually just go ahead and stop everything to pursue the stolen idea.


The ironic thing is that an idea is just an idea. It is theory. And in business, theory is worth less than practice. Which brings us to the point of what happens when you actually make your idea a reality. If you do decide to bring your idea closer to reality by launching your business, I would recommend that you at least get feedback on your idea, and do some initial business planning to help you determine the best course of action for your company. Here is an overview of my business plan book which you might find helpful in planning and starting your business.

Once You Are Operational, Everyone Sees And Can Steal Your Idea. It Is Most Attractive To Steal Once It Is A Success

When Protecting Your Idea Harms Your Business

Whether you ultimately decide to protect your idea or be more open with it, one of the common business idea mistakes can be to be so protective of the idea that it hinders getting quality feedback to your business. There are ways to discuss your business idea with others without giving away and secret information. Take a look at our tutorial to pitch your business.

And if you need help creating your business and starting a business, check our my services as a business coach, and my current offer of a 15 minute introductory coaching call for just $5.

How To Start Your business

Once you have your favorite business idea and make a business plan for it, the next thing left to do is to begin actually working on your idea, isn't it? Here is a video tutorial on how ot start your business.